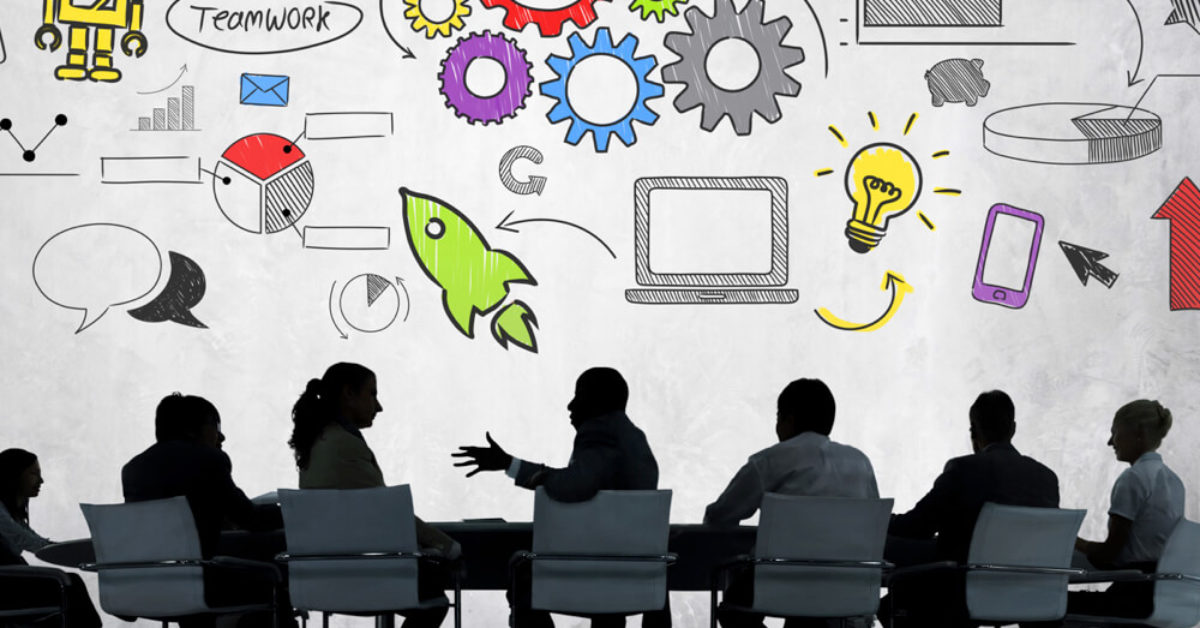 For the majority of the 2,900 respondents, the fastest way to achieve transformation is through mergers and acquisitions

Every corporate leader hopes they're not going to be the next in line to face up to new competition that can render what their company does, either inferior or obsolete.

While for many years there was resistance to the notion of disruption, most leaders have now accepted that no organisation can remain the same and that they need to quickly deploy effective counter-measures that can rival the new kids on the block and protect their position in the market.

But often the changes that companies are being confronted with are happening far too quickly for many of them to respond effectively, with the assets and capabilities they already have. The theory of responding effectively and the reality of doing is successfully, are two very different things.

Most companies talk about transforming but aren't really doing it. Many talk about innovation, but aren't really doing it. And often transformation is easier said than done, particularly when many organisations don't have people that are professional innovators or orchestrators of transformation, with a proven track-record. And just as with any other area of business, to be successful, you need experts and processes. Because while a good heart and good intentions are noble, it's simply not enough.

An increasing number of executives are also recognising that transformation is so much more than digital marketing, cutting costs and new technology. They understand that to transform, their organisation needs to innovate. But when innovation has never been a core part of the organisation, they realise that they're missing a vital prerequisite for transformation.

And while some companies attempt to set up innovation labs, many eventually learn that there's more to innovation that multi-coloured post-it notes, whiteboards, bean bags, pizza and enthusiastic staff.

Companies often lack a clear framework for managing innovation. So even though there's a focus on cool new products and services, there's no consideration for process-driven innovation or an underlying business model.

Another problem with some of these innovation labs is that what comes out of them often fails to see the light of day because of resistance from leaders that are still stuck in the past and don't want to see their old products or services put under any threat – especially by their own company.

More CEOs are also coming to terms with the fact that while they have a CIO with an IT department, its typically staffed with traditional IT folk who are skilled at keeping the lights on.

Coupled with the fact that many companies have struggled for years with executing basic change projects, it makes the odds of stepping up to the transformation challenge quite unrealistic for many. The truth is, most organisations aren't prepared for transformation.

So, what's a CEO to do when the board is expecting them to transform? But they don't have an organisation that's up to it.

One way is to change the organisation so that it's prepared to undergo transformation. And another is through acquisition. Because if you can't build it, you can often buy it. And that's what I want to talk about today.

You can buy great innovation, great capabilities, and great new products and services, and an increasing number of CEOs are recognising that their best chance of transforming their business is to look outside their own four walls.

There's a growing trend to acquire start-ups for product or service innovation, that are predicated on a strategy of building new capabilities or business models. Because buying an existing business can be a much more appealing option for a CEO.

Digitally native companies, such as Amazon, Facebook and Alibaba are constantly buying other digital companies to expand their capabilities.

Often these acquisitions aren't the traditional deals aimed at building market power. Instead they're deals that enable them to acquire capabilities that accelerate growth or enter faster-growing product or service segments or geographies.

Manufacturing, technology, or human knowledge – whatever the capability, acquisitions are a way to acquire it.

It can take years to build distribution networks or gain a foothold in a particular market. While acquisitions, can accomplish that for a company much faster.

Amazon acquired PillPack to get a foothold in the online pharmacy space, with their sights set firmly upon disrupting that industry's incumbents. Salesforce acquired MuleSoft which connects data, devices and applications, and Microsoft acquired GitHub.

If you look across industries, you'll see that both old-traditional companies and digital natives are acquiring start-ups. Which are often tech start-ups, but not always.

These and countless other acquisitions were to enhance capabilities and open up new markets. Because they create a fundamental shift in a company’s ability to win in its chosen markets or change the dynamics of an industry.

Companies aren’t acquiring other businesses simply to expand what they’re already doing. They’re doing it because, strategically, they have to – if they want to survive and thrive in the medium to long term.

Acquisitions are very challenging, but when we see their importance to the continued growth of the world's most prolific companies, we see that they are seen by many as a way to stay relevant during this period of economic change.

For the past two decades, Google and its parent company Alphabet have spent tens of billions of dollars buying new products and ideas. The firm’s smartest acquisitions have been in areas where it had no special expertise but were still close fits with the company’s core search business.

Google acquired Android for $50 million in 2005 because it wasn't strong in mobile operating system development, but it saw mobile search as the future. They were right and now a large proportion of the world’s smartphones are powered by Android.

Then Google acquired YouTube in 2006 after it had failed at its own attempt at Google Videos. Again, this was great foresight on the part of Google's leaders.

Similarly, Facebook is regularly buying start-ups, many of which most of us have never heard of, such as Parse, which was developed to follow other apps and their analytics to see how they’re growing or dying. This was a capability that Facebook lacked but wanted. So instead of trying to build it they bought it for $85 million and absorbed it into their ecosystem.

Meanwhile other acquisitions by Facebook such as WhatsApp, Instagram and Oculus Rift are more well-known to us. But most of their acquisitions are of small unknown start-ups created by brilliant young people with no corporate background. Often the words digital and transformation don't even exist in the vocabulary of the people that create these start-ups.

These are just some examples of how important acquisition is, for even the best companies.

Digitally advanced start-ups are disrupting the norm in a way that doesn't happen naturally in controlled corporate environments. The people in these start-ups couldn't care less about how things have been done in the past or what is an industry norm.

The 20th EY Global Capital Confidence Barometer was published in April 2019, which gauges corporate confidence in the economic outlook.

And it revealed the sentiment of 2,900 executives in 47 countries and 14 sectors; 68% of whom were CEOs, CFOs and other C-level executives.

25% came from companies generating annual business revenues of less than US$500m, while 24% were from companies with up to a billion dollars in revenue. And the remaining 50% enjoyed upwards of that.

59% of the 2,900 execs said they expect to acquire in the next 12 months, many of whom intend to use M&A as an accelerated route to reshape their portfolios.

And 59% also aim to add new markets, customers and intellectual property in their effort to reinvent their business models.

The report clearly showed that for the majority of the 2,900 respondents, the fastest way to achieve transformation is through M&A.

The changing economic landscape has led to a growth in buy-to-transform business thinking, and it's not just the tech giants that have developed an acquisition mindset and a keen eye for promising start-ups. Because an increasing number of CEOs from non-tech industries are beginning to appreciate that their continued success could well be determined by their ability to acquire the right start-ups.

And those with deep pockets are happy to pay large premiums to get access to new or disruptive technologies, and the people who know how to exploit those technologies. Big companies sometimes make offers that small companies find hard to refuse. After all, money's a great motivator.

While every acquisition is different, those doing the spending are normally after the talent, technology, platform, brand, market, or business model.

But there's a lot for a CEO to consider when buying a start-up, and I don't just mean the due diligence, profits, and revenue. Because successful start-ups have often been built by people who have no corporate experience and no desire to conform. Their success is often built on having complete contempt for how many corporations operate – and for how some of their managers and leaders think and behave.

Some of the most successful start-ups look crazy from the outside. Their cultures are often complete opposites to what we see in an established corporate environment. So, it's extremely important to consider how two polar opposite cultures could work well together.

It's also easier than ever to acquire a start-up because there are so many of them. And while around 90% of start-ups fail in their early days – despite their great ideas – there's still plenty of choice left on the table for executives to consider buying.

Because while it might have cost a million dollars to launch a start-up ten years ago, now it can be done for just a few thousand – thanks to the affordable access to new technology, which enables entrepreneurs to build new products and services and go to market extremely quickly and inexpensively. This also makes start-up failure quite affordable, because trying again needn't be expensive for persistent founders.

Creating start-ups is no longer about finding investors. Or at least it needn't be. All you need is a problem big enough to be worth solving, and the entrepreneurial spirit and mindset that can be found inside of every successful founder these days.

Business leaders also need to consider the process they’ll use to capture sought-after strategic benefits once they conclude an acquisition. Because that's when the real hard work begins.

The last thing that should be allowed to happen is for old cultures and mindsets from the established organisation to kill the characteristics that made the start-up such an attractive proposition in the first place.

So, one of the first activities worth considering is to draw up a plan which describes the first 100 days of ownership, and how you'll communicate your vision to both the old and new workforce.

I appreciate you listening, and here's a quote to finish off the day from Mark Zuckerberg.

Facebook has not once bought a company for the company itself. We buy companies to get excellent people.

What is your company doing to capitalise on the growing number of brilliant start-ups that are available for acquisition?