Transform From Employee to Independent 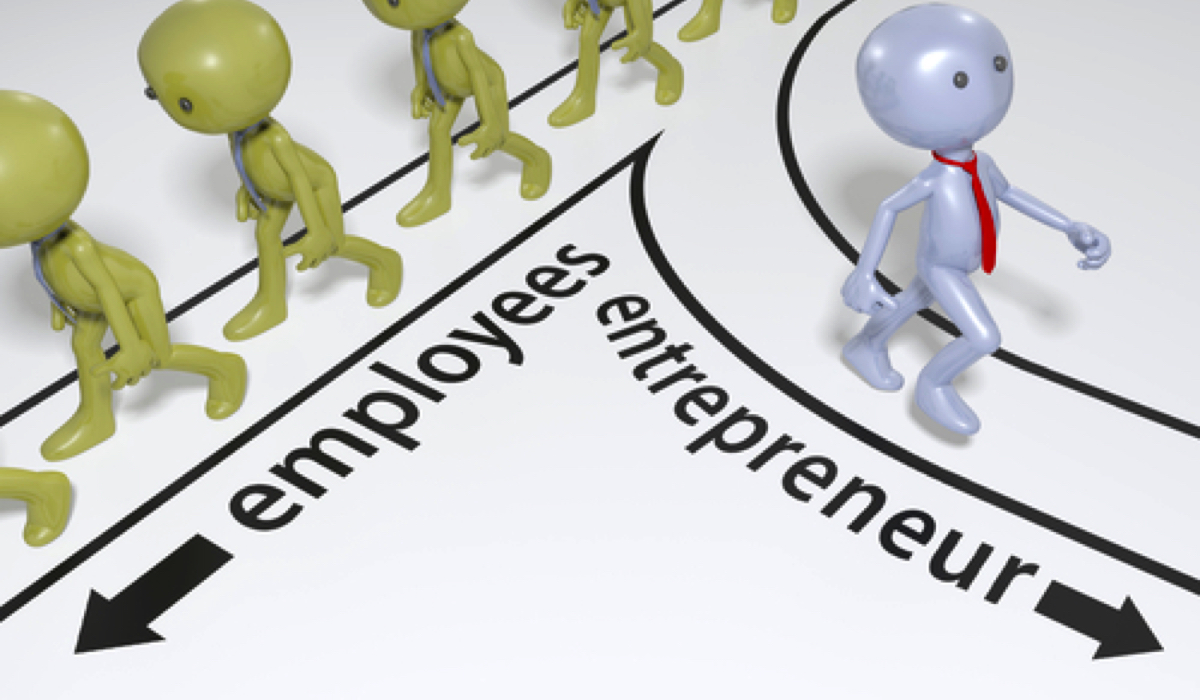 There are those that are happy being an employee and those who prefer to take control of their professional life as an independent professional – and there are pros and cons to both routes. One thing for certain is that unless you’re prepared to adopt an entrepreneurial and digital mindset, you’re best off staying employed.
Being your own boss is an attractive proposition to millions of people and in this digital economy where knowledge is king, there are many high-performing professionals who believe they have what it takes to make a very healthy living selling their expertise. Many of these are already employed by consulting firms or have senior roles in their companies.
Some consultants resent the fact that they paid just a fraction of what their employer charges them out to clients for. While it's important they consider the bigger picture, many feel that they could be helping the end-client directly, without the need for their employer. But what most consultants forget is that winning business is a very different skill to what they do as a consultant. Similarly some senior managers and leaders see what their company pays to consultants and they see the benefits of leaving employment and becoming one themselves.

In my 20 years of being an independent professional in over 20 countries around the world, I’ve met hundreds of very smart people who aspire to break free of their corporate shackles, and many that have already done so. But despite their areas and levels of expertise, one thing the large majority underestimate and struggle with is winning new business – from companies that can afford to pay healthy fees. It's one thing winning business, but quite another to win lucrative business.
The fancy job title, position on the ladder, academic credentials and knowledge about your core area of expertise won't bring an ongoing stream of business to your doorstep. There is one capability that separates independent professionals who struggle, from those who engineer a good lifestyle for themselves and their families. The ability to win lucrative new business is key, but it's also where most struggle.
Most aspiring independents have been wrapped up in corporate cotton wool and never had to win their next piece of business themselves. A job interview or promotion was about as tough as it got for them, and as a result, they lack the most fundamental capability they need to survive and thrive as an independent professional. Many fail to recognise this until the going gets tough. They might land their first piece of business and even the next; but too many fail to establish a strategy to develop a steady stream of business using automated systems enabled by new digital tools.

I’ve lost count of the independent professionals who do tremendously well for a few months or years, and are then found struggling. They get lucky for a while, but without a strategy for their own small business, and the ongoing execution of that strategy, their luck eventually runs out and they are left facing the prospect of working for low fees or even being forced to become an employee again, just to pay the bills.
Many rely on antiquated notions of networking and have no understanding of the digital tools they need to leverage these days. This particularly applies to older and more experienced independents, many of whom are still operating as if it’s 2006, when the world was a very different place and most professional networks were small. This meant that you could easily rely on your connections to reach out to you when they needed help. Now, we all have hundreds or thousands of people we can reach out to, not just a few.
For these and other reasons, it's not only large companies that need to innovate, digitise and transform, but independent professionals and all small business owners need to do so too.
Ironically, the world seems littered with consultants telling other companies they need to innovate, digitise and transform, and yet those consultants have done little to practice what they preach, and transform their own businesses as independent professionals. A blog and some LinkedIn activity alone is not going to cut it!

In this era, digitised independent professionals are not only generating income from their physical presence, but they are digitising their expertise and selling it online to large volumes of people all over the world. Those not doing or planning to do this are yet to adopt the digital mindset they need to thrive as an independent in the digital economy.
I also said at the top of the page that, unless you’re prepared to adopt an entrepreneurial sprit, you’re best off remaining an employee. Because simply being “great at your craft” is not enough to thrive as an independent professional these days. The world is littered with wantrepreneurs. They want the advantages of being self employed, but they aren't prepared to adopt the right mindset and so they become stuck to employment.

If you want to grow your business as an independent professional using digital, or if you aspire to transition from being employed to being independent click here.