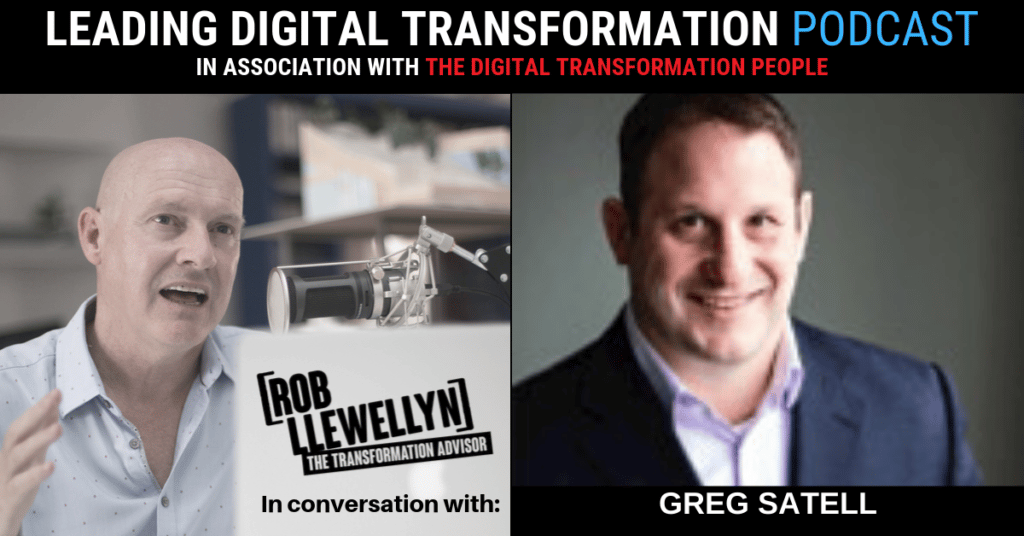 Today I’m joined by Greg Satell. Greg’s journey has been quite an interesting one. He spent 15 years living and working in Poland, Ukraine, Russia and Turkey before returning to the States in around 2011. He’s gone from being a corporate executive and entrepreneur to being an innovation adviser, speaker and a best-selling author. His books include “Mapping Innovation” and most recently “Cascades: How to create a movement that drives Transformational Change”.

On the book – Cascades:

Back in 2004, I found myself running a major news organisation during the Orange Revolution in Ukraine. And I just found it was amazing how all these thousands upon thousands of people, who would ordinarily be doing thousands upon thousands of different things, would all of a sudden stop what they were doing and start doing the same thing all at once. And I thought to myself, I said, “Gee, I’d really like to do that!” Here I am running this big company and there’s all these thousands upon thousands of potential customers buying all sorts of different things. I wanted them to unify on the one thing I wanted to sell them. And I had hundreds of employees, all with their own ideas, I wanted them to embrace the initiative that I thought was important. And there were advertisers and investors and I wanted them to embrace where we wanted to take the company. But of course, I had no idea how to do that. So that’s what set me out on this 15-year long journey that led to “Cascades”, which explains how you can drive transformation, truly transformational change using the principles of successful social and political movements.

“People talk about change being top-down or bottom-up and the truth is that it’s neither; true transformation is always from side to side. You’re never trying to convince people, you’re empowering people to convince each other. That’s where you get small groups that are loosely connected united by a shared purpose”

Listen here and read the full transcript below: